Boone Creek empties into the Watauga River and the Watauga empties into the Tennessee. A short distance above the spot where the Boone empties into the Watauga there was a falls. From the Watauga, passing Indians could see the falls but could not see the eight-year-old cabin which stood in a clearing, that had been built by Lt. John Bean, a brother of Capt. William Bean Jr, while on a hunting trip some years before, perhaps in 1762. In May 1769 this small cabin built on a Daniel Boone campsite would become home to the first white settler in Tennessee (William Bean). It was not entirely new country to Bean, for he had also been in parts of what is now eastern Tennessee some years before with his friend Daniel Boone.

The Great Warpath now lies under the water of Cherokee Lake. Many tribes centuries before the white man’s coming followed this warpath. Settlers traveled over these same paths in the 1700s seeking new land, and a community known as Bean Station was eventually established along the way. It’s location was strategic and made it one of the significant early settlements of East Tennessee.

Two Moccasined hunters in 1775 stood together looking over this valley below Clinch Mountain. Those men were William Bean and Daniel Boone. Daniel Boone was no stranger to the Bean Family, having hunted before with members of William Bean’s family. Both were frontiersmen and Boone had seen Kentucky while Bean was surveying for a place to bring his family. Both men liked the valley because of it’s wildlife, fertile soil and tall timber. At that moment, the hunters were looking for fresh water and a place to camp for the night.

Bean fought in the Revolutionary War and as a result was awarded 3,000 acres of land, which he claimed - a place where he would leave his mark and firmly establish his name in the annals of his state’s history. 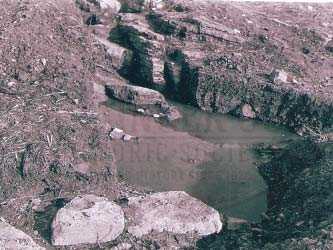 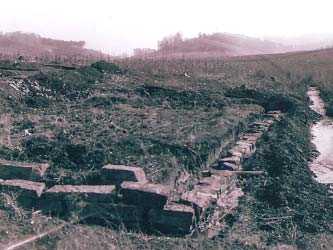 Bean knew the Cherokee’s would not welcome him to his new home, but he was not to be deterred by the Indians. He had faced that before when in 1769 he had brought his wife, Lydia, whose courage matched his own, and his children over the mountains to Watauga. Shortly after, she gave birth to a son named Russell, the first white child born in Wilderness County.

At the crossroads near a bubbling spring, William Bean’s son’s built a log cabin of four rooms where his daughter Jane would later be killed by Cherokee Indians. Bean was considered one of the best gun makers of his time. His sons inherited his talent. Together they founded a dynasty of gunsmiths, horseshoes, wedding rings, well pumps, and many other items that were all done in the Bean’s blacksmith shop in Bean Station.

Bean always had a deep love for his family and his many friends. The cabin was more than a family dwelling, and it’s name became significant and remained so for generations of people who traveled the intersection that would become 25E and 11W.

“In the spring of 1775, two men stood looking down from the top of Clinch Mountain in Eastern Tennessee into “one of the most beatiful spots in the world, a pictureque little valley with myriad of intervening hills appearing like broken waves on a vast ocean of green. 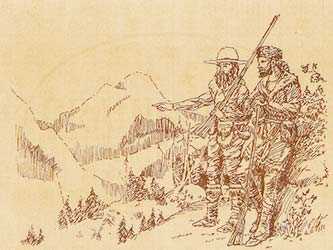